It's been so long since I painted something I wanted to paint, but since my usual clients don't seem to have work for me at the moment, I thought I'd relax by painting some ponies!

Raya and the Last Dragon

While I enjoyed the movie, I can see some definite weaknesses, and one of them are the dragons’ designs. The character designs suffer from same-face-syndrome, which is sad considering that Disney has some of the world’s most talented and creative artists and animators working for them. There was concept art for Sisu that looked closer to a cross between traditional dragons and Phaya-Naga (Thai water serpents with horns in the middle of their foreheads), but Disney trashed it in favor of something reminiscent of Frozen’s Elsa. The final design for Sisu is cute and ready to be a plush toy, but not a dragon from any culture in the world. I find it a bit sad that the film aims to be representation for people from East Asia, and yet it butchers a creature so important to their mythology. In this painting, I aimed to tweak elements to allow her to look like a dragon-Naga cross, but also to still look like Sisu.

Then everything changed when the fire unicorns attacked.

A quick painting of one of my favorite childhood characters! 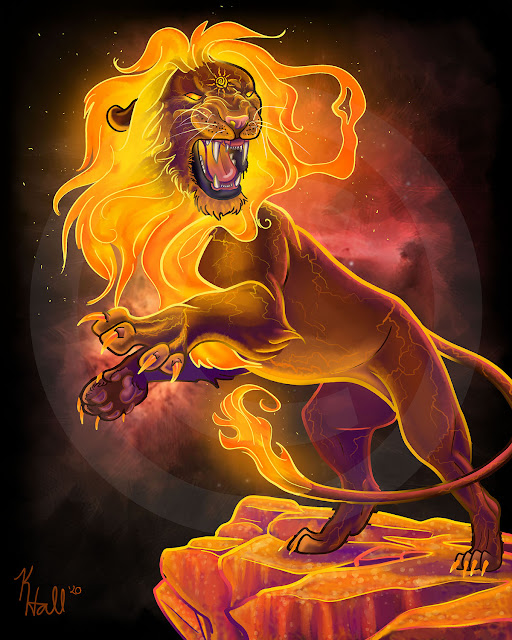 Spookable Medium: digital painting "...and then it stood on its hind legs." 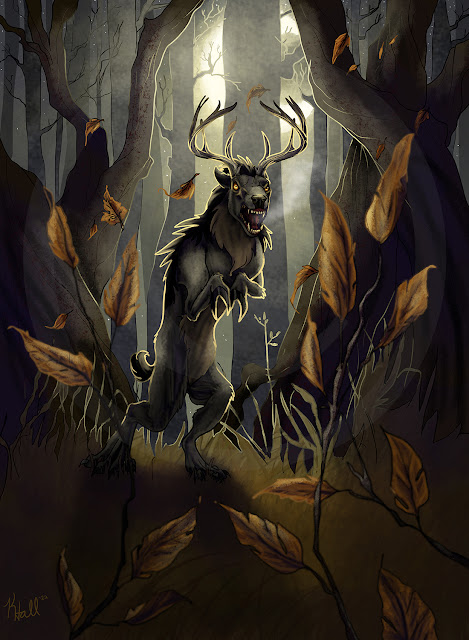 Kristen Hall
Kristen Hall is a US illustrator and animal artist. She works both traditionally and digitally. Diagnosed with autism in her late teens, she learned to see emotional expression and communication in a unique way from a very young age, especially in animals. Animals communicate clearly and effectively; they simply communicate differently from humans, similar to how autistic people communicate differently from the rest of humanity. All creatures communicate, and typical human communication is only one form. Because Kristen had to learn to understand human communication and expression by trial and error rather than by instinct, she was able to extend that same logic toward understanding animals. Kristen strives to help others see the expression and communication she sees in animals. Clients include Bible Visuals International, the American Quarter Horse Museum and Hall of Fame, and Michelin North America.

View my complete profile
MY FACEBOOK
MY INSTAGRAM
MY REDBUBBLE SHOP
MY THREADLESS ARTIST SHOP
"The Christian is the one whose imagination should fly beyond the stars."
~Francis A. Schaeffer~

Welcome to My Art Blog!